STEM-program for girls on launching nanosatellites

UniSat — international project on launching nanosatellites. Girls from all regions of Uzbekistan, aged 15 to 24, will learn how to design and launch a nanosatellite into the stratosphere on April 12, 2022!

About the Project Gallery Video

Participants and mentors of Technovation Girls 2017-2021 seasons! We announce a prize competition for the best story “after Technovation” – My Technovation Story!   Have you been accepted to the institute? Found a new job? Have you got a new...

About the Project Videos from mentors and participants

The final event of the Program was held on January 29-30, 2022, in Tashkent. The purpose of the meeting is to sum up the results, to get motivation for the further work of women entrepreneurs who seek to reduce the environmental burden...

Tech4Impact has launched a new project: “Accelerate the creation of women’s green technology startups in Uzbekistan”, funded by the UN Democracy Fund. Within the framework of the project, it is planned to carry out activities to strengthen the technological and... 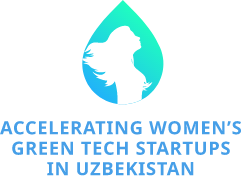 C.A.T. Science Accelerator is the Uzbekistan’s first accelerator for “scientific” projects and commercialization of scientific developments. We are establishing a relationship between scientists and business, helping scientists to attract financiers, marketers into their teams, obtain investments and launch a startup. Participation in the accelerator is free of charge!

Technovation Girls — The largest international technology contest for girls. It passes in Uzbekistan since 2016. Girls, under the guidance of mentors, learn to solve socially important problems in their communities with the help of technology (they create a mobile application, write a business plan for a project, shoot a video about a project and present it in the final of the contest).

About the project Program Gallery

The Central Asian Week "Women in Science and Technologies"

The Central Asian Week "Women in Science and Technologies" is a specialized regional event with participation of investors, entrepreneurs, innovators and women leaders in their fields, from the 4 countries of Central Asia, Silicon Valley companies and the UK.

Startup Accelerator Water Solutions Innovation Lab was created for projects in the field of green technologies and water issues. The accelerator is conducted by Green Business Innovation as part of the USAID/CAREC Smart Waters project, based on the Cluster of Innovations and Scientific Research, with the support of the Ministry of Water Resources of the Republic of Uzbekistan and the Tashkent Institute of Irrigation and Agricultural Mechanization Engineers.

Startup Mix — the first in Uzbekistan and the most respected business conference on startups and innovations, which has been held since 2013. We have held 42 events in Tashkent and Nukus. Our audience: businessmen, IT-entrepreneurs, company leaders, developers, designers, startuppers, marketers, journalists, senior students of universities.

Curiosity MakerSpace is a creative space open for creative people, inspired for creation, creativity, search for innovative solutions and the implementation of creative ideas. In 2018-2019, we held many events with youth within the framework of the project. Curiosity MakerSpace will open in 2020 in Tashkent, with the support of the US Embassy in Uzbekistan.

Ideathon is a two-day intensive workshop on generating ideas. Participants are divided into teams. Experts explain how to use design thinking and how to introduce innovation in solving social problems.

Curiosity Machine AI Family Challenge in 2018-2019 was held in Uzbekistan for the first time. The family (parents and children) took a course from Google in AI (artificial intelligence) and in the final they made their own project using AI, which is aimed at solving a specific social problem in society. The team from Uzbekistan, The Innovators, reached the final of the global competition with the project Spiky! Bullying Detector.